Let’s face it people, although places like America and Africa offer the most diversity, it’s much less hassle for UK residents to spend their holidays in European destinations. This is because the creation of a union on this continent has meant that most borders are now open, and people from England are able to come and go as they please without facing too much stress at customs. Still, there’s a lot of people out there who’ve never been on a European city break, and so I’ve decided to write an article highlighting some of the destinations you might like to consider. 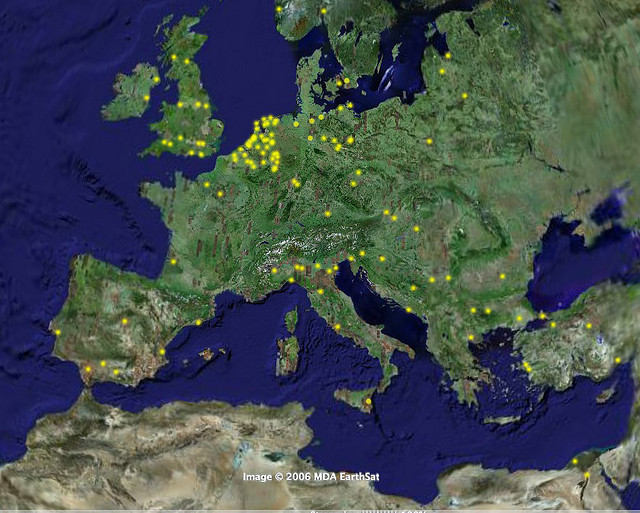 Don’t get me wrong; this isn’t an extensive list, and there are many other places of interest on the continent, but I’ve personally been to all the cities listed below, so I can say from personal experience how amazing they really are. Which you choose will depend on the type of holiday you want, but I absolutely guarantee you won’t regret booking travel arrangements and visiting any of them. So, take a moment to read through and decide which sounds most appealing. You never know; this could be the start of a new chapter in your holidaymaking life.

The city of Amsterdam in Holland has been a prime location for British tourists since the 1970’s when the Dutch government decided it would no longer prosecute people for the possession of soft drugs. That led to this city becoming even more vibrant than it ever was in the past, and helped to incite visits from all over the world. Don’t worry too much if this kind of thing doesn’t interests you though, because it’s also home to some of the most impressive and renowned museums on the entire continent, so there’s always going to be something interesting to do.

Most people who travel to France for the first time decide that visiting Paris is their best option. Although this is undoubtedly true for young couples looking for a romantic break, there’s actually many other locations that provide for much more fulfilled breaks if you’re willing to think outside of the box. Nice is one such location. Here you’ll find cheap accommodation that can be booked through specialist websites like Venere.com, and enough beautiful architecture to drop the jaws of even the most hard-to-please personalities amongst your travel companions.

As it goes, the Czech nation didn’t do too badly during world war two, and so much of the stunning architecture is still around today, meaning you’re certain to be impressed by the sheer size of the buildings you’ll encounter when visiting Prague. Aesthetically, you could be forgiven for thinking you were in Russia or a former soviet state when walking through the main squares in Prague, but thankfully this is not the case. Other selling points include the fact that this city is home to the largest nightclub in Europe and that a pint of Lager only costs around 30p. Not bad eh?

So, now you’ve had time to read through all that information, I sincerely hope you’ll be willing to think outside the box and try to visit somewhere different this year. All of the cities I’ve just mentioned are incredibly cheap, meaning you’ll have no trouble arranging your trip on a tight budget.

How Recruiting Graduates Can Save Your Business Money

Businesses spend a lot of money when hiring staff to fill various vacancies. Granted, these businesses can cut down the cost of acquiring staff by hiring graduates. This is true because generally, graduates command a much lower wage than candidates who are more experienced and more qualified for the position. As a business…

We always share as much as we can with students as well, and our team of top essay writers customwritinglab.com is ready to provide you with awesome tips.